It was a training week for our colleagues as they deepened their understanding and sharpened their practice of Family Group Conferencing which includes Community Conferencing (AWB – 1836).   This is a certification programme in partnership with the Potsdam University of Applied Sciences and supported by Daybreak Family Group Conferences and Eigen Kracht Centrale, the key conference coordinating agencies in the United Kingdom and the Netherlands respectively.

As part of their training, participants had to organise a family event and reflect if elements of their experience could be transferred to the workplace.  One participant organised a dinner for his parents to announce his marriage plans.  It was a tricky event as his fiancée had different religious beliefs and was of a different ethnicity.  The dinner ended with the couple agreeing to consult more extensively with members of both families on the best way forward.  2 others who had family members living abroad organised a video call. One of which involved 14 persons who had not met each other in a year coming together over lunch in their respective countries; eating together and enjoying each other’s company.

Some other efforts included organising a photo shoot to commemorate a graduation, an afternoon tea to reveal the gender of a soon to be infant member of the family and birthday parties. Most of these events included extended family members and gatherings attended by 15 to 20   persons were not uncommon.      It appeared that participants were already quite competent at bringing together large groups of people and even setting an agenda. A birthday celebration for a 95-year-old father was the context for exploring   a family trip to China to reconnect with relatives that only the birthday “boy” knew about.  At anothergathering, a participant pushed her husband to raise the issue of care for his aging father.   Upon hearing this, family members responded helpfully. 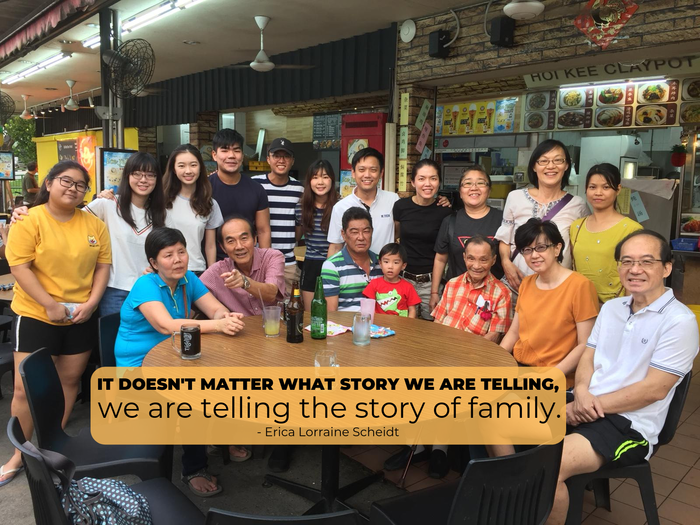 FGC originated in Aotearoa New Zealand when its Children, Young Persons and Their Families Act in 1989 was crafted to reflect its commitment to the family being the primary care-giver for children. The Act was also intentionally inclusive of the Maori culture as a Ministerial Advisory Committee acknowledged that “At the heart of the issue is a profound misunderstanding or ignorance of the place of the child in Maori society and its relationship with whanau, hapu, iwi structures.”     It is a formal process in New Zealand and some other countries have followed suit but whether it is formal or informal, no conference can be convened if a coordinator cannot rally a group of people together.

One takeaway from this week‘s training is the realisation that it is already in character for families to gather, discuss and problem-solve and our role is to remind them of this and to provide the necessary support for them to do so.   Of course, families meet when they have a problem to solve or an aspiration to work toward but we should also honour their festivals, rituals and celebrations because they bring people together. Families in the broadest sense of the word are a valuable resource for its members and all of us who profess to be in the service of others should so well not to replace or compete with them.  We must appreciate that one does not need to be a professional to organise a family meeting but sometimes, professionals are needed to create space for a family to meet.

A happy family is but an earlier heaven. –  George Bernard Shaw