For a while now, residents and other stakeholders in a neighbourhood we work in have been expressing their concern about youth who have gotten into trouble with the law as well as those whom they feel are in danger of doing so. “What is Beyond going to do about it?” is a question that is frequently asked of us but our response that “We will work alongside those who would like to act on these concerns,” is not an answer some find satisfying.

It is flattering being in a position of a problem-solver but when we hit the reality that our efforts do not even make a dent, we become deeply disappointed or comfort ourselves that no effort is wasted. Sometimes we also start to blame those we purportedly support for their negative mindsets, lack of cooperation or motivation.  While all this is understandably human, it is not an effective application of ourselves as people who aim to be helpful. So, unless someone is facing imminent danger, we take the position that problems should be “returned” to those primarily responsible for solving them.  This would mean young people loitering in the night must be part of the solution if their behaviors are deemed a problem as well as their caregivers and those who are obligated to meet their needs. 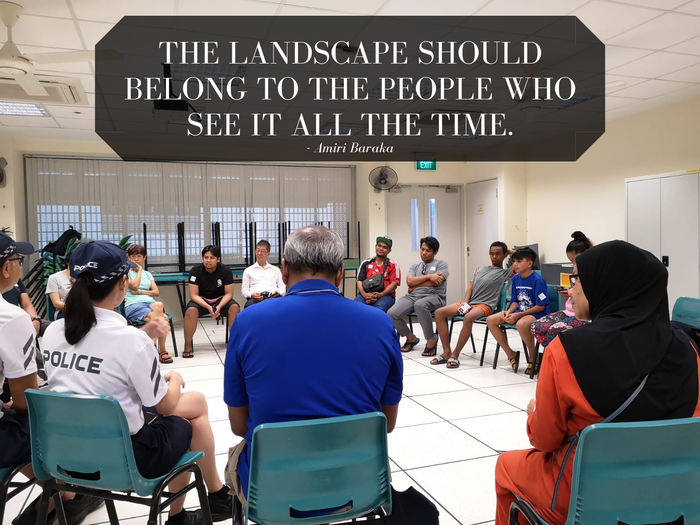 Last Sunday, at a community conference triggered by incidents of youth being a public nuisance late at night, we were disappointed when the youth involved did not show. Neither did their caregivers although we were quite confident some of them would because both youth and their caregivers had assured us, they would come.  On hindsight, we realized that it would have been difficult for anyone to walk into the lion’s den despite our assurance that we were not there to chastise them but to simply problem solve.

One youth who was present showed us how difficult it would have been for his friends to show up. “I am innocent,” he began. “I am here because whenever my friends misbehave, I get blamed and scolded too.” This youth was part of a football team and his coach had insisted that the whole team show up, but he was only one of two who did so. His coach who was present then elaborated that he expected his players to behave on and off the field and he wanted his players to show up to demonstrate their commitment to behave off the field.

Anyway, those present reiterated their willingness to help. They spoke well of the youth and went on to make a list of suggestions how they could keep them meaningfully occupied and out of trouble. The meeting ended with an agreement to reconvene when the youth concerned are ready to hear out their offer of support.

After the meeting, we were thinking what else we have to do to persuade the youth to come for the meeting. After tidying up, we decided to hold a debrief over some refreshments at a nearby food shop. To our pleasant surprise, the football coach was also there and this time with the entire football team having a discussion. Youth who did not show up earlier were listening intently to their coach as he updated them about the conference.  We did not join their conversation but were thankful that the problem had returned to some of those who had the primary responsibility for solving it.

That encounter reminded us that as we go about attempting to put things right, we would do well to appreciate what people are willing and already doing and how they prefer to do it. Maybe our next community conference should be held at a food shop.