During a drama workshop in December last year, some participants spoke about an incident of sexual harassment in their neighbourhood. It was disturbing to say the least, but the matter was eventually acted upon by the family of the victim.  The authorities were informed, and both the    victim and her family decided to move on.  However, from various other conversations with the youth, we learnt that male chauvinism and inappropriate behaviours were prevalent and   girls were feeling unsafe.

The youth were obviously raising a concern and in different words and ways, we posed 2 questions to them. Firstly, “Is this issue important enough for our community to take charge?” and secondly, “Is this an issue we can solve?” These questions were also posed to parents and other adults in the neighbourhood.  Initially, we did not get a clear answer, but the past 8 months have shown us that when provided with information and non-judgmental support, youth are willing and can take responsibility for a difficult challenge.

2 weeks ago, 9 youth attended a community conference where the police and social workers from a family service centre were present.  The change they wanted to see from their participation at the conference was for adults to take them seriously when they raise the issue of sexual harassment.  One of them read out a letter that related different incidents of harassment and how they feared informing the police or their parents because they believed that they would only be blamed for the incident.

As the adults in the room listened empathetically, a girl plucked up enough courage to reveal how her complaint was disregarded by a police officer after verifying that she was still in a relationship with the alleged perpetrator.  This drew an immediate response from the police officer in the room. He apologised for the unfortunate experience and assured the girl that it should not have been the case and the police will render her the necessary support if she would like to pursue the matter. 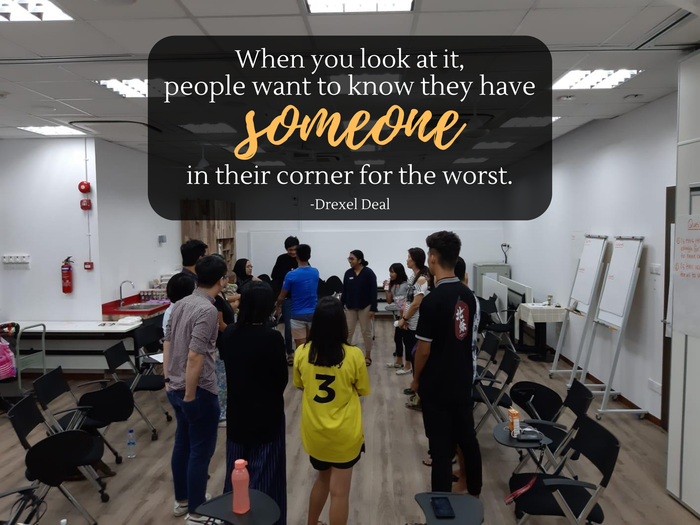 In preparation for the conference, we discussed with the police about their role at the conference. They declared that they were interested to understand why sexual harassment was under-reported in the neighbourhood and the change they wanted to see was victims coming forward   bravely to file a report.  Hence, it was gratifying to witness a gesture that would go a long way in strengthening the trust between the police and the community.

Male chauvinism does not disappear overnight, but the conference was important in encouraging people to come together on a difficult challenge.